Does anyone have calcium hydroxide?

I have a suspicion that this cartridge contains nitrous oxide, because nitrous oxide has euphoriant effects if inhaled. I have a feeling that people who live near me have been committing substance abuse. This is because it is unlikely that the same (group of) cyclist(s) would get tyre puncture at the same spot within a 2 week span and end up using carbon dioxide cartridge in both occasions. Carbon dioxide cartridge is not exactly cheap.

If the cartridge contains carbon dioxide, upon discharge into calcium hydroxide solution, the solution would turn cloudy due to the formation of calcium carbonate. The balanced equation is as follows:
Ca(OH)2 + CO2 = CaCO3 + H2O 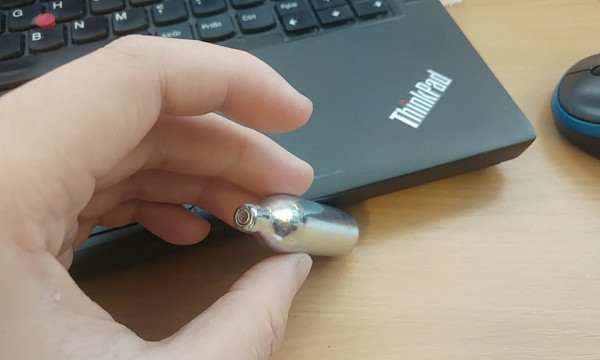 Except where otherwise noted, content on this wiki is licensed under the following license: CC Attribution-Noncommercial-Share Alike 4.0 International